There are many reasons to visit Porto Portugal and there are several places that you should see if you want to make the most of flights to Porto and enjoy your trip. One highly popular and must-see place is the Sao Bento Railway Station. Many hotels in Porto are located nearby the city’s favorite station and transfers from Porto airport make it easy to get there.

A Bit of History

It started when a man named Joaquim Antonio de Aguir decided he wanted to get rid of all the monks in Portugal. He also stated that no women were allowed to take vows as nuns after his decree and that all the convents would be confiscated after the last nuns died. This was in 1834.

Unfortunately for the city, the last nun took quite a while to pass away and it wasn’t until 1892 that the city could now decide to use the land where the convent was for something else—the Sao Bento train station. It took years for it to happen, but now the station stands as one of the most visited sites in Porto.

Nowadays, legend has it that the last nun wasn’t too happy to see her convent torn down to make way for a railway station-it’s no wonder she took so many years to finally say her last goodbyes-and that she now roams the halls of this famous location in Porto Portugal. If you want to hear her cries, you may get so lucky, but the myth states that you have to be very quiet to hear anything. 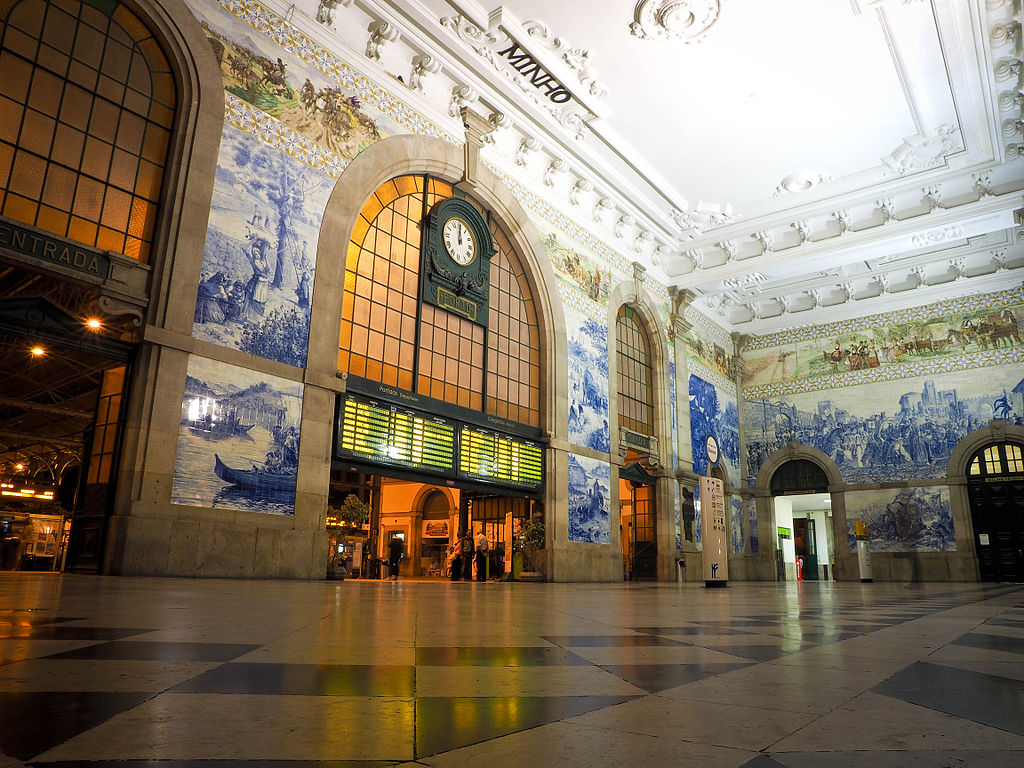 Why should you visit the Sao Bento Railway Station?

With such a captivating history, you would think that was the only reason to visit this iconic railway station, but there is an even better reason. This station is considered one of the most beautiful train stations in the world.

As you enter the station, you will automatically see why this station receives visitors who aren’t even taking a trip by train. The tile walls are fascinatingly beautiful and each design tells a story of days gone by. While there may be some people traveling to and from the station, most people that you see in the station will be admiring the “azulejos” just like you.

From the large windows to the beautiful ceilings, the tiled floor, and the intricate tiled designs, you will want to take your time to visit this station that many believe deserves the title of “most beautiful train station in the world.” The building’s exterior may not be as beautiful as the inside, but its architecture has its own charm that is reminiscent of Porto’s incredible history.

For those who live in the UK, it’s easy to get to Porto. There are plenty of decently-priced flights to Porto and hotels in Porto near popular locations that will make a Portugal vacation an affordable and enjoyable one. Transfers from Porto airport are also no-nonsense so you can trust that if what you want is an interesting and relaxing time away, this is an excellent destination for it. Thank you for reading the Porto Airport Transfers Blog.

Pay Online Or Cash On Arrival